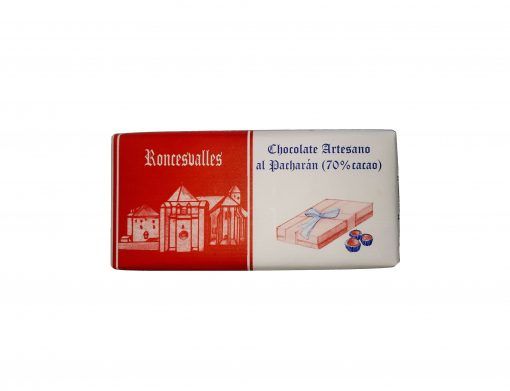 In 1841, Manuel Subiza, in the town of Erro (Navarra) began to make chocolate according to the techniques learned in Arnegy (France) and in San Sebastián from the best artisans of the time. Thus, Chocolates Subiza was born.

Since then, five generations have succeeded each other at the helm of the firm, keeping its family spirit and its purely artisan vocation alive, thus becoming the chocolate with the most tradition in Navarra. In the beginning, production was small, but sufficient to satisfy the consumption of the towns of the Erro valley.

For its elaboration the metate or stone of the chocolatier was used that later was replaced by a mill moved by caballerias. At the beginning of the 20th century and coinciding with the arrival of electricity to the town of Erro, the Subiza family acquired various electrical machinery that facilitated their artisan work. The result was a finer and higher quality chocolate.

During this time, the manufacture of chocolate was combined with others such as the making of bread, candles or bolaos. The business grew, so he moved to a house near the highway, where La Montañesa would stop for his travelers to rest. This is how Ernest Hemingway got to know the workshop and tasted the Subiza chocolates when he went to Burguete to fish after enjoying the Sanfermines.

In 1958, Chocolates Subiza moved to Pamplona, ​​to its current location at Calle Amaya, 30. Coinciding with this move, the machinery was renewed and its facilities expanded, allowing the production of new varieties of chocolate.

In 1995, the Government of Navarra awarded them the Diploma of Master Craftsman and Craft Business. In addition, they are part of the Association of Artisan Foods of Navarra.

The Association of Artisan Food Manufacturers of Navarra brings together 25 artisan companies that make their product in different rural areas of the autonomous community. The Association of Artisan Foods of Navarra was created to group artisan products, create a sufficient critical mass that represents the know-how learned from the oldest and meet the most demanding sanitary and quality standards.