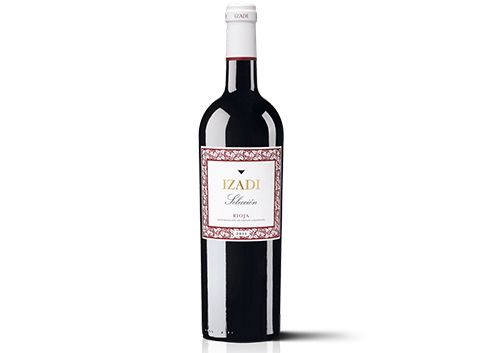 Izadi Reserva Selección is a wine made with grapes of the varieties 80% Tempranillo, 10% Graciano, 5% Garnacha, 5% Maturana collected in vineyards within the triangle that make up Villabuena, Samaniego and Ábalos during the second and third week of October. It is hosted by the P.D.O. Rioja.

Izadi Reserva Selección 2015 is an intense ruby-colored wine with stained tears. With a great complexity of aroma with notes of red fruits well assembled with aromas of fine woods and smoked. In the mouth it is sapid, velvety, with a structured mid palate and a long and persistent finish with a pleasant memory.

Villabuena de Álava, where part of the family was already linked to the world of viticulture, was the chosen town where an innovative winery focused on the production of quality wines was built. His extensive knowledge of the hotel and restaurant industry led Gonzalo Antón to conceive a wine, Izadi, which soon emerged as one of the most appreciated by the world of gastronomy. At the same time, the incorporation of new production techniques and his great desire for continuous improvement manage to create his own style that is consolidated over time.

In 2000, the incorporation into the company of his son, Lalo Antón, promoted the commercialization abroad, as well as the expansion of the company, which, under the name of Artevino, deals with the projects of Finca Villacreces (DO Ribera del Duero), Bodegas Vetus (DO Toro) and Orben (DOCa. Rioja). The commitment to quality, the connection with gastronomy and attachment to the land are the fundamental pillars on which Bodegas Izadi is based.

Be the first to review “Izadi Reserva Seleccion” Cancel reply